Smash bros consists of two male artists Ntando Khumalo who was born in 1996 December 5 and Lindokuhle KNgema who was born in 1996 November 10 they’re both from engonyameni the song Titled kena is produced by TJsoh and Xwise. SmashBros is a independent duet they’re not yet signed.  Facebook is smash Bros
Twitter handle is @smashBRos_RSA 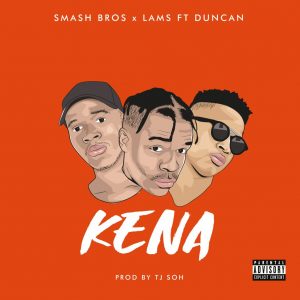