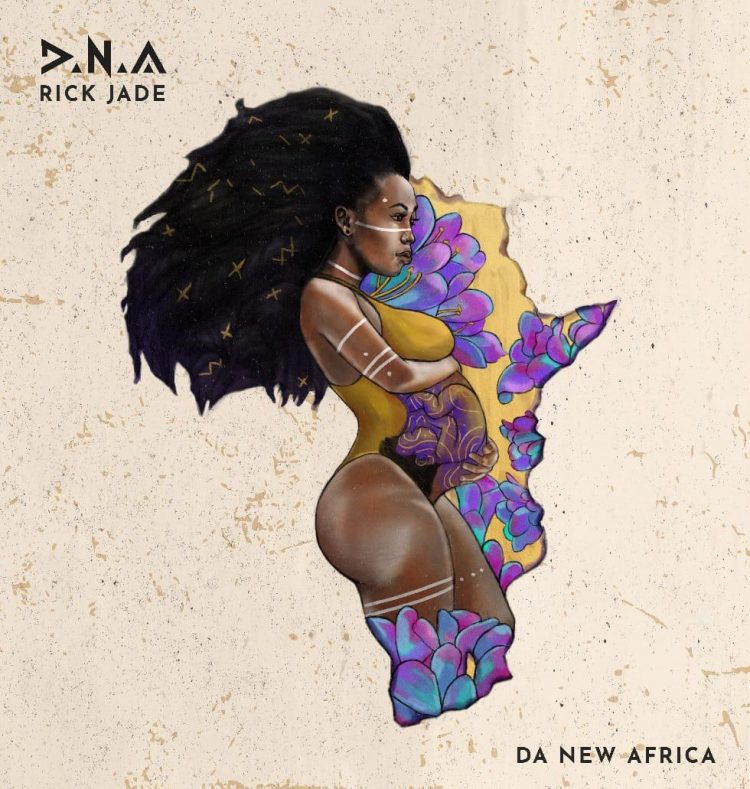 23
VIEWS
Share on FacebookShare on Twitter
Good news comes in threes; a baby announcement, a music video, and now the fans of Rick Jade can enjoy their debut album, Da New Africa (DNA)! Featuring 10 tracks, the musical duo has presented themselves as authentically as they can. Sharing about the growth of their nuclear family as well as how they’ve stretched themselves in new ways as recording artists.
Da New Africa is a celebration of love, first and foremost. With this in mind, Rick Jade ensured the highest skill and quality was put into the album’s production. The album was produced to spawn a seamless listening experience for their fans. We couldn’t tell you everything that Rick Jade had to do or say to create this body of work, but there are a few things they’d like for you to know, below!

What is the song you most enjoyed creating?

We enjoyed making all the music, but ‘Still’ is one of the favourites because it was the 1st song we did for the project. It set the tone for the rest of the music that was to follow. We ended doing 3 songs in that 1st session.
How have you both impacted each other’s creative workflow?
Priddy Ugly really impacted my feeling, thinking and approach to music. To explore different variations in tones and delivery, to challenge my vocal range, to find the character for each song and to understand the purpose then give it just what was needed to come alive. Finally, to write and record a song with no guidance or assistance, just creativity and instinct at work, to allow my full artistic expression in isolation manifest, is how “Lerato” came to be – Bontle.
I became a far better songwriter on this project, learning to write from both a woman and man’s perspective, learning to tap deeper into my emotions & even learning to write deeper concepts in different languages. Working together was near seamless and 100% organic. – Priddy Ugly
Why did you call on the features that you did?
The first feature on the project is FRSH CITIZEN – which is another collective that we are part of. The group consists of Wichi 1080, Hercule$, Twnty Four, Tony Lee, Bonafide Billi, Thaiwanda Thai, KLY, DJ SoNice, and Rick Jade. Although not all the members feature on the song, these gentlemen are our close group of friends, they were all with us in the inception of Rick Jade and they are the talented artists/producers who contributed to the creation of a lot of the music. We wanted to work friends so that the project felt and sounded organic. It was only fitting that we have them on track one, “Shandi;” the group’s energy & vibrations are infectious. Track one is meant to put people in a little bit of a trance before the listeners start to listen to the rest of the project. We also featured Focalistic on “Moenie Worry.” He was with us in the studio when we started the song and he contributed to the vibe of the song. The other feature is KLY on “Sumtin New,” he was also in studio when we created most of the music.
Why did the music from the EP make it on to the album?
When we dropped the EP earlier in the year, we already had the album ready. So the music on the EP was meant to be on the album from the onset. However, the idea of Rick Jade was still a new concept to the masses and we didn’t want to oversaturate them with music, so we picked the two songs that were the most suitable for release during the February/Valentines period. “Sumtin New” is our most-streamed song with over 100 000 streams on Apple, we would have been doing our project & fans a disservice had we not included the song on the actual album.