Hip Hop artist Kwesta released the music video for, Khethile Khethile which was based on his real-life wedding.

Kwesta is a South African award-winning hip-hop artist who won the hearts of the nation with his mega-hit Ngud ft. Cassper Nyovest which was later followed up by Spirit ft Wale. Kwesta proved himself one of the boldest and most authentic artists in the business when he hosted a spontaneous and successful drop party where he premiered four of his new videos.

Born Senzo Mfundo Vilakazi, Kwesta was born in Katlehong, Ekurhuleni, Gauteng. He is currently signed to his own Independent and media company known as Rap Lyf with co-founder Kid X. Senzo Mfundo Vilakazi was born on the 11th August 1988. He hails from the township of Katlehong in the East Rand of Johannesburg, where his dreams to become a rap superstar began. In high school Senzo had a keen interest in poetry that received positive feedback from the teachers and students encouraging him to move forward but it was when he won a talent show at school that led him to the realisation that he had a talent of the spoken word.

In 2003 he and a group of friends formed a rap crew called „Ghetto Fellaz‟ which then changed to „The Juvenylz‟ with the addition of a new member. The crew had high hopes and were waiting to be discovered but that big break eluded the group and Quest as he was then know decided to drop out of High School to pursue his dream, a fulltime career in music which started out with him recording his own demo in his make shift home studio.

It was only in 2005 when he met Max from Africa’s Most Southern (AMS) Record Company that progress was made and he started gaining a following in his home township of Katlehong and the East Rand as a whole when he started performing at school pageants, talent shows, street bashes & local festivals. AMS had their own recording facilities where KWESTA and then unknown Zakwe honed their rapping skills on a countless number of songs with local beatmakers that were distributed around his hometown while he was working on his demo.

KWESTA went undefeated on his way to winning the battle competition on Yfm‟s Rap Activity Jam and also took first place on The Freestyle Kings special on ETV‟s Shiz Niz which he held simultaneously before both competitions were disbanded and with them the mainstream battle scene. This introduced him for the first time to a national audience and he became well respected name on the underground scene and that’s where he gain his street credibility. His first appearances on the major festival scene came with cameo performances at The Rand Show and The Durban Beach Festival to name a few from those on-stage experiences and numerous songs under his belt, KWESTA decide to follow in the footsteps of his Idols Skwatta Kamp, ProKID, Mr Selwyn & others and break into the mainstream Hip-hop scene when he dropped of his demo at the Buttabing Entertainment offices in Park Hurst at the time…

That very day KWESTA’s demo made its way to the Buttabing Entertainment offices playlist and it was received with great enthusiasm. Three days later he received a call from Slikour who told him if he wanted to work he’d have to make his way back to the offices for a formal sit down that very day, he convinced his mother, a school teacher by profession, to take a half day at work so she could give him the taxi fare he needed to get there and this led to the official induction of KWESTA as a member of the Buttabing Entertainment family in April 2007 co-owned by Shugasmakx & Slikour, founding members of South Africa‘s 1st mainstream Hip-hop act, the legendary platinum selling Skwatta Kamp.

It was Buttabing Entertainment that introduced KWESTA to the music industry. He traveled across the country as part of the entertainment line up and judging panel on the Sprite Hip Hoop Tour which saw him featured on The Ventilation Street Tape and has also took part in the Nokia Defend Your Street campaign where he collaborated with various, multi-talented artists. He also released his first radio single Shap Fede became somewhat of a ghetto anthem after it was released in 2007 which was followed by a Mixtape with renowned Hip-hop DJ C-live. Kwesta spent 2008 through to 2009 recording his first album while being groomed for the big-time and sharing stages with Slik’, Smakx, Metro FM DJ Naves & Zulu Mobb’s T’do at some of the country’s biggest music festivals making a name for himself with his trademark punchline laden a capella cameo performances which received rapturous applause and cheers from crowds around the country.

In early 2010 Kwesta was selected to be a Brand SA ambassador performing as the headline act at their nationwide roadshow tour in the run-up to the FIFA World Cup. He also collaborated with African greats like 2-Face, Jozi & others on MTN’s Everywhere You Go anthem which featured, Destiny’s Child, Kelly Rowland (USA). This culminated in a performance at the 2010 FIFA World Cup closing ceremony which was viewed by 500million people worldwide. His debut album Special Rekwest was releases in September 2010 and spawned the hits Flava which secured a DSTV synch-deal for their summer theme piece and was used in the 2011 Lories TV ad-campaign starring South African TV’s first face retired news anchor Riaan Cruywagen, Pump It was also awarded a synch deal by DSTV as well as Redds who used it in their TV & Radio ad-campaigns for 2-years, Stomp was featured in the soundtrack for the US action flick Death Race 3. Which chart-toppers including 7-day Hustle, Babhemi, & Flash It receiving rotation on radio stations nationwide Kwesta saw his star rising becoming the first rapper to have 7 singles on radio charts in the same calender year which explains why his first album went on to earn him two SAMA nominations in categories Best Rap Album & Best Newcomer in 2011. In that year he was nominated for a Channel-O Africa MVA in the best newcomer category, named World’s Grittiest Rapper by New York based online magazine SOHH.com and E-TV Showbiz Report’s Rising Star of The Year.

The release of his biggest smash hit Boom Shaka Laka featured Kid-X of Cashtime Fam & was arguably the biggest local release of 2012, also market his departure from Buttabing Entertainment in November that year to establish his own independent label, Urbantainment.

The album has received rave reviews from fans and industry insiders with Therese Owen of The Star saying DaKAR “will have the same effect on South African Hip-hop that Amu’s – The Life The Rap & The Drama – had over 10 years ago.” It’s a sure game changer and one of the favourites to win the Best Hip-hop Album award at the 13th annual Metro FM Music Awards. 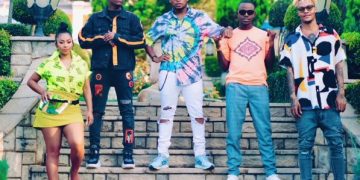 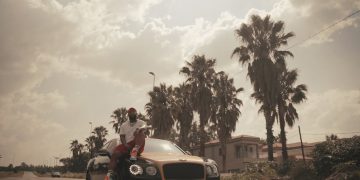 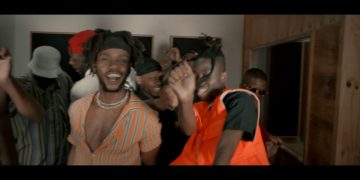 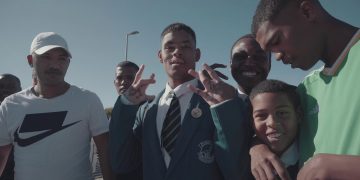