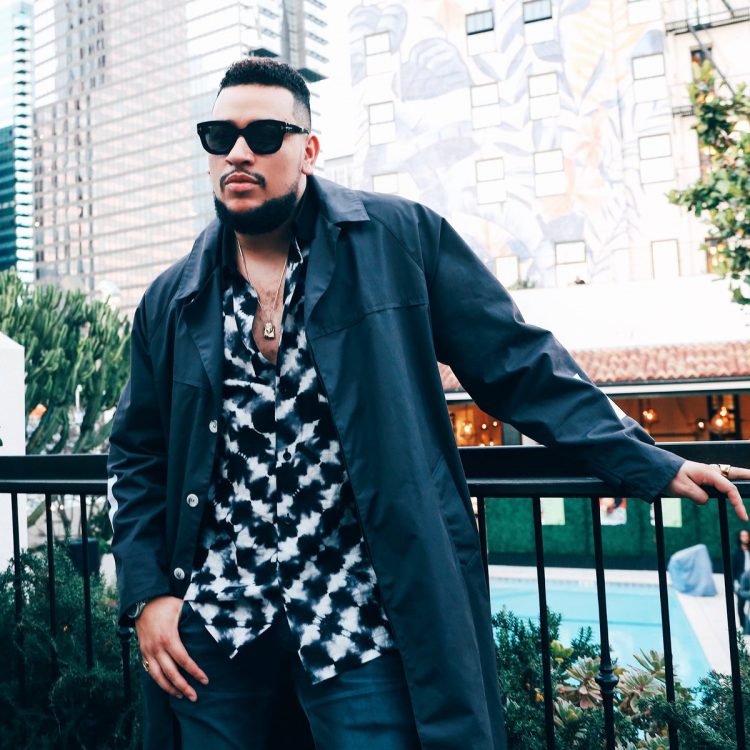 SA rapper AKA has being tagged the Greatest Of All Time after his second studio album, Levels went platinum the seventh time but he’s got words for other celebrities who ain’t happy about his win.

A fan who notices the rapper wasn’t celebrated for the album’s win called AKA’s attention.

“I don’t see celebs congratulating @akaworldwide when he’s winning. But they always preach unity and supporting each other when it’s other Artists. It’s fine though. We are here for him,” fan tweeted.

In response, Super Mega calls the other celebrites fake emphasizing on teh fact that, he’s never built his career with their support or defense.

“Who the needs celeb’s support? My career has never been reliant on celebrities coming to my defense or standing in support with me. In fact, it’s been quite the opposite and we’ve done just fine. Bunch of fake naaiers anyways.” 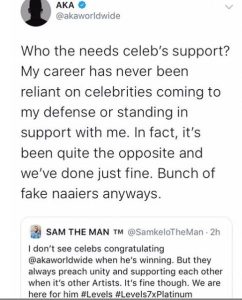 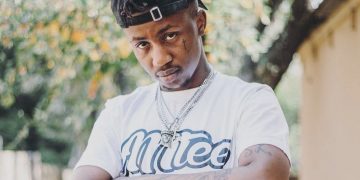 Emtee is expected to drop his second album titled “Logan” 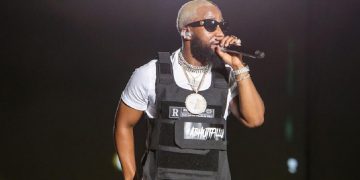 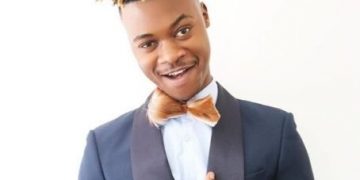 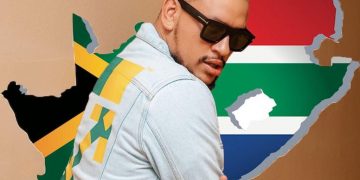